Congratulations to our Order of the Diocese recipient

Congratulations to Wendy Bain who has been invested into The Order of the Diocese of New Westminster for her service to St. Stephen's Church over many years 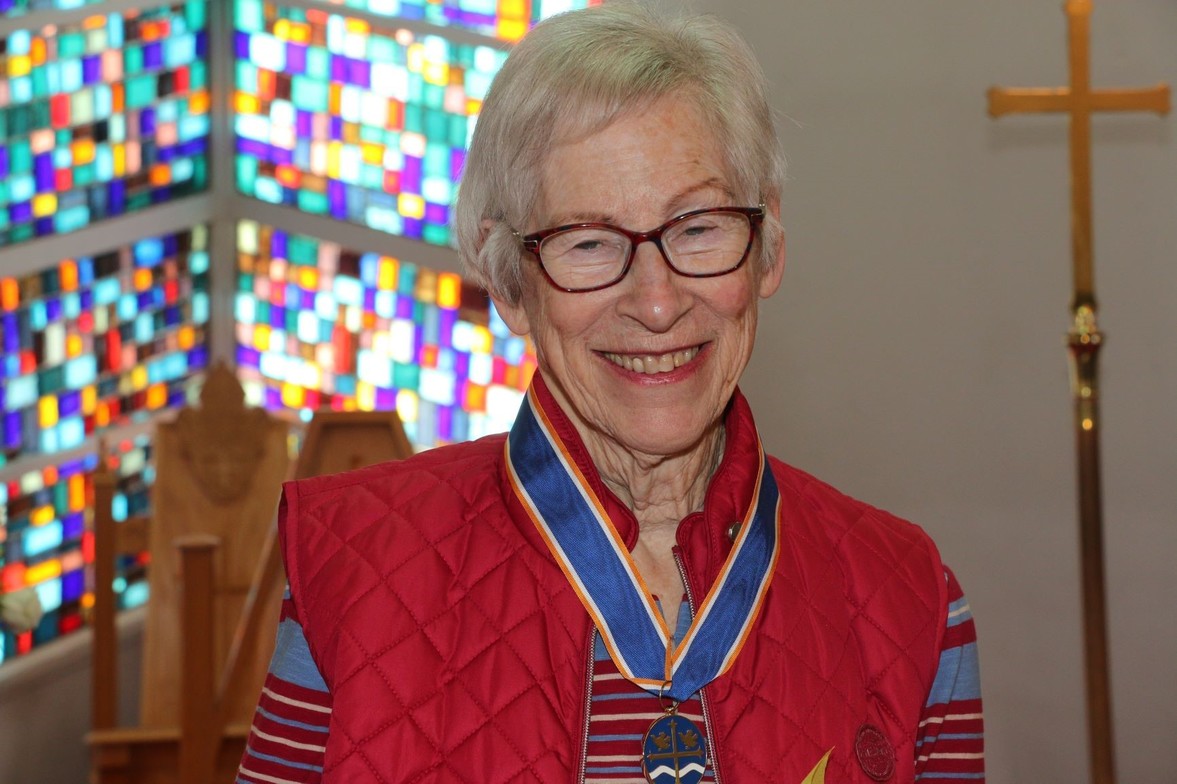 Wendy Bain is one of the longest serving members of St. Stephen's Anglican Church, West Vancouver. Wendy joined St. Stephen's in 1951 as a teenager, coming to church with her mother and joining the parish's youth activities. Born in Vancouver, Wendy grew up in Woodfibre BC (originally called Britannia West), a pulp mill and once a small town on the west side of Upper Howe Sound near Squamish. She then moved with her parents back to Vancouver, and after graduating trained for the teaching profession at UBC. After several years of travelling widely across Europe and Asia, Wendy worked as a Grade 2 teacher in schools in Toronto, Kelowna, North Vancouver and West Vancouver. Wendy then specialised in 'special education' and worked as the District of West Vancouver's Special Education Consultant for many years. Many children and families have been served and helped by Wendy's professional skill, compassionate care, and deep commitment - all rooted in her deep Christian faith and calling as a teacher. Retiring in 1997, Wendy then increased her time serving God through St. Stephen's, West Vancouver, while also caring for her mother with dementia. Wendy has contributed to parish life in a broad span of ways. She is an active (and veteran) member of the Altar Guild, a steward, greeter, chalice assistant, convenes the Pastoral Care Team, coordinates the parish's support for Harvest Project, and has served on the Parish Council. Wendy has sent out, on behalf of the Rector and parish, over 300 cards to those getting married or baptised, and those who are unwell. St. Stephen's, West Vancouver is thankful for Wendy's almost seven decades of faithful service, always done with a warm smile.